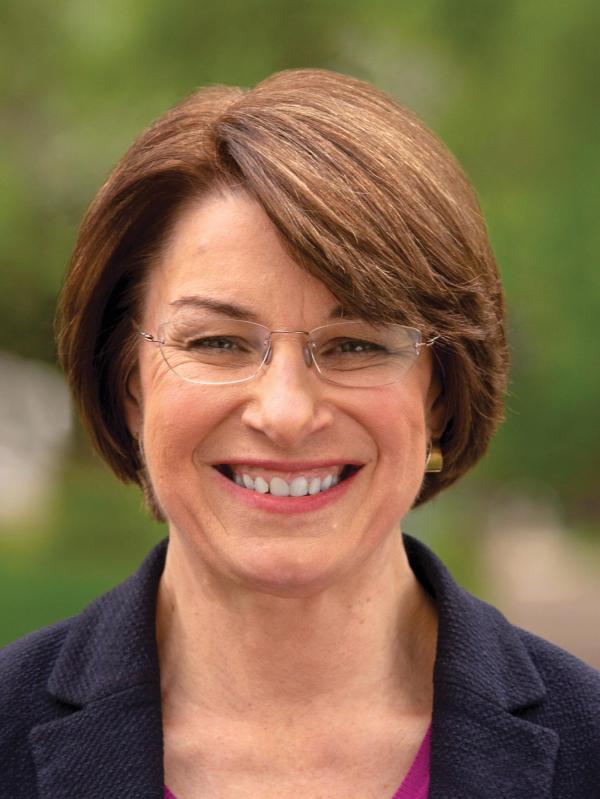 Senator Klobuchar believes we must make sure people’s voices are heard. She has been a leader on this issue in the Senate and as President she will champion a voting rights and democracy reform package, including automatically registering every 18-year-old to vote, ending voter purges, and restoring the Voting Rights Act. She has also led the way in the Senate when it comes to stopping cyber-attacks on our elections and protecting against future foreign interference and will push for security protocols such as backup paper ballots and audits. Read more about Senator Klobuchar’s plan to safeguard our elections, strengthen our democracy and restore trust in government here.

A key focus of Senator Klobuchar’s campaign is bringing people with her and not shutting them out. That’s what she’s done her entire career, including in the Senate where she has been the lead Democrat on more than 100 bipartisan bills signed into law. As President, she will continue to work with Republicans on issues like reducing prescription drug prices, passing comprehensive immigration reform, rebuilding our nation’s infrastructure, and pushing for action to secure our elections from foreign interference.

Senator Klobuchar believes that comprehensive immigration reform is crucial to moving our economy and our country forward. She supports a comprehensive immigration reform bill that includes the DREAM Act, border security and an accountable pathway to earned citizenship. She is committed to stopping the cruel and inhumane policy where the government is taking kids away from their parents.

Senator Klobuchar believes that gun violence prevention policies are long overdue. She supports a package of gun violence policies including instituting universal background checks by closing the gun show loophole and banning bump stocks, high capacity ammunition feeding devices and assault weapons. She is also the author of a proposal that would close what is commonly referred to as the ‘boyfriend loophole’ by preventing people who have abused dating partners from buying or owning firearms. Read more about Senator Klobuchar’s gun violence policies here.

Senator Klobuchar is deeply committed to tackling the climate crisis. She is a co-sponsor of a Green New Deal and has signed the No Fossil Fuel Money Pledge.  On day one of her presidency she will get us back into the International Climate Change Agreement. On day two and day three, she will bring back and strengthen clean power rules and gas mileage standards that the Obama Administration put into place.  And during her first 100 days in office, she will put forward sweeping legislation that provides a landmark investment in clean-energy jobs and infrastructure and puts our country on a path to achieving 100% net-zero emissions no later than 2050. Read more about Senator Klobuchar’s climate policies here.

Don’t sweat it. We’ve made a checklist to maker voting for the first time worry free.